Alliance Bail Bonds’ bail services are available at any time of the day. We provide our services to Litchfield residents 24 hours a day, 7 days a week ensuring that we can help you no matter the time or where you are, we’re here to help.

Bailing someone out of jail? Our Litchfield local bail bondsman is ready to take your call and answer any questions you may have confidentially.

The Bail Bond Process in Litchfield

The Litchfield Police Department will set a jail bail amount after the suspect is arrested and processed. If the suspect can not/does not want to pay the bail amount, they will have to remain in jail until their court date.

Once you call us, we will set up an appointment so that you can meet with one of our professional local bail bondsman. We’ll go over, in detail, the bail process and depending on the situation, discuss some sort of collateral.

It can take up to an hour, depending on the day and time, but our bonding agents will be at the Litchfield Police Department to fill out the necessary paperwork so that your loved one can be released and return home.

Once the defendant is released, they will be given a date in which they have to appear in court. If they choose not to appear, they will be sent back to jail.

Depending on the verdict from the judge or jury, the bond set for the defendant will be either dismissed or completed. 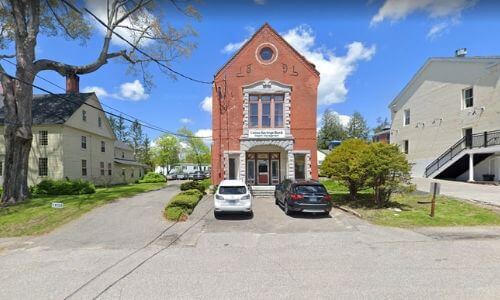 We understand that, for some people, the court process can be very confusing, but our bail bondsman at Alliance Bail Bonds can be there to help you every step of the way. We want to make sure that you and the defendant understand how each step in the process works, so that we can get your loved one released and home as quickly as possible. If anything is unclear, please feel free to call us anytime!

Our services are available because we care about the residents of Litchfield. We can handle any type of bond, large or small; we want you to know there are affordable bonds available. We even write FTA’s with collateral for clients along with nationwide transfer bonds.

Here at Alliance Bail Bonds, we bring integrity to our work. Because we are regulated by the Department of Insurance in Connecticut, you can trust that we will do our job the right way and in your best interest. We want you to know the process we work with and exactly what is going on and that we will answer any questions you have with honesty. We offer low money down, high customer service, and fast results with each and every one of our Litchfield clients.

Here at Alliance Bail Bonds, your bail bond company, our clients are our #1 concern. We put you and the defendant first and we strive to solve your problem quickly and at the lowest cost possible based on your income. We also have many connections with reputable attorneys, mental health professionals, and substance abuse facilities in Connecticut and would love to assist in any other needed services.

This is also state regulated and refers to the down payment of the bond. If you are seeking a bail bondsman your minimum deposit is at least 35% of the PREMIUM on the executed bail if you need a payment plan. If you have more questions, please don't hesitate to give us a call!

The co-signer(s) are the person or persons who guarantees the bail bond. If the defendant does not appear in Litchfield court on the specified date, the co-signer takes over the financial responsibility, even for any unpaid premium. Bail bond companies will usually require that you have a working co-signer.

The Bail Commissioner is the state appointed individual responsible for setting the bond for those detained at the police station before their court date. They also suggest to the court the appropriate bail for criminal and motor vehicle case defendants.

Houses, cars, fine art, and jewelry are all examples of the type of property that could be used as collateral. A bail bondsman might request collateral, in addition to a premium, which will be evaluated on available equity. After the court date, this collateral will be returned to the defendant. However, if they do not appear in court then the collateral is considered forfeit, and will not be returned.