We are a bail bonds business that provides bonds services near you at any time of day.  Our services are available to Meriden residents 24 hours a day, 7 days a week. We even provide bail bonds in Spanish! No matter where you are or what time of day it is, Alliance Bail Bonds is ready to help you.

Our Meriden bondsman are ready to take your call.  We guarantee our conversation with you will be confidential and carry no obligations.

The Bail Bond Process in Meriden

The first step in the bail bond process is setting the bail amount.  The Meriden Police Department will set a bail amount after the suspect is arrested.  If the suspect chooses to not pay their bail, they will have to remain in jail until their court date.

The sooner you call us, the sooner we can help you or your loved one return home.  We just ask that you provide as much information as possible, such as name, birth date, jail, bail amount, etc.. We want to help you, your friend, or family member return home as soon as possible.

After you give us a call, we’ll set up an appointment for you to meet with one of our bail bond agents.  We will go over the bail process in detail and will determine if you need to sign over any collateral.

We have the best local jail bondsman.  Our agents will be at the Meriden Police Department in less than an hour to fill out any necessary paperwork to get your loved one home.

After the defendant is released they will be given a mandatory court date.  If they do not appear, they will be sent back to jail.

The bond will either be exonerated or completed, depending on whether the defendant is found guilty or innocent. 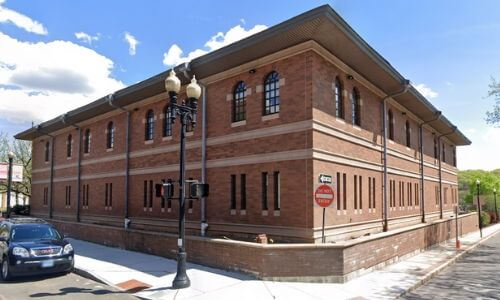 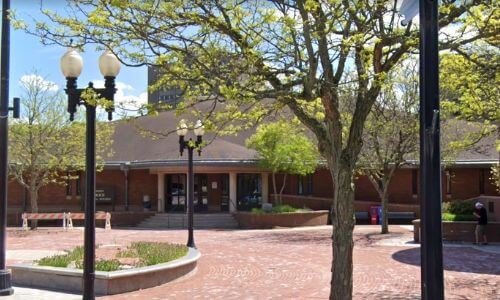 We understand that the court and jail bonds process can be confusing and frustrating.  Our professional bonding agents at Alliance Bail Bonds are here to guide you through every step of the way.  We want to ensure that you and the defendant understand how every step works so that we can get your loved one home as soon as possible.  If you have any questions, do not hesitate to contact us for help!

We have local bondsman because we care about Meriden residents.  We can aid with any type of bond, whether it’s large or small. We can even write FTA’s with collateral for clients and nationwide transfer bonds.

At Alliance Bail Bonds, we are reliable and work with integrity.  We are regulated by the Department of Insurance in Connecticut, so you can rest knowing we will do our job correctly and with your best interest in mind.  We answer all of your questions honestly because we want to make sure you understand the current situation and how the process works. We have low money down, high customer service, and quick results with all of our Meriden clients.

Our clients are our top priority.  We put you and the defendant first and work to solve your problem quickly and provide you affordable bail bonds based on your income.  Not only do we provide bail bonds service, but we also have connections with reputable attorneys, mental health professionals, and substance abuse facilities in Connecticut to assist you with any other needed services.

The bail is set after the detainee is booked and processed.  The detainee could be released in as little as 40 minutes. The process could take a couple of hours if it’s a busy day or a weekend.

The 35% down refers to the down payment of the bond, and this is also state regulated.  If you are seeking a bail bondsman this means that your minimum deposit is at least 35% of the PREMIUM on the executed bail if you need a payment plan. If you have any questions, don’t hesitate to give us a call! We are here to help you understand the process.

The co-signer(s) is the person who guarantees the bail bond.  The co-signer assumes financial responsibility if the defendant does not appear in Middletown court on the specified court date, even for any unpaid premium.  Bail bond companies usually require a working co-signer.

The Bail Commissioner is appointed by the state and is responsible for setting the bond for those detained at the police station before their court date.  They suggest the appropriate bail amount for criminal and motor vehicle case defendants to the court.