Alliance Bail Bonds provides professionals 24/7 for all your bail bond needs. That’s right, you can rely on us to fulfill all your needs no matter where or what time you’re contacting us. Our Professionals are ready to assist you in any bail bond situation.

Our Thomaston bond agents are ready to take your call. Whether you’re dealing with a recent arrest, a detained loved one or any other bond; we will be able to assist with any portion of the bail bond process. There is also no need to worry about your personal information, we always keep information you share discreet and confidential.

The Bail Bond Process in Thomaston

After a suspect has been arrested the Thomaston Police Department will determine the bail for the release. The defendant must remain in jail until their court appointed date, unless their bail gets paid. If their bail is paid they are allowed to return home.

When you call Alliance Bail Bonds make sure to provide us with your loved ones’ personal information, such as their name, birth date, the jail they are in, bail amount, etc. The more information you provide to us, the sooner bail will be posted. Our number one priority is returning your loved one to you.

After our phone conversation we will arrange a meeting between you and one of our trusted bail bond agents. During this meeting our bail bond agent will explain the process.

Once our bail bond agent arrives at the Thomaston Police Department, they will fill out the necessary paperwork for the release of the suspect.

The individual is allowed to return home, but must return to court on their appointed court date. Failure to do so will result in the individual returning to jail.

Regardless of the result of the suspect’s case, the bond must be paid back. 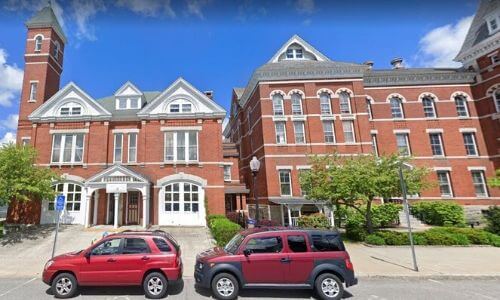 Our bail bond agents are aware that the court process can be confusing and overwhelming. Alliance Bail Bonds is here to ensure that everything is as simple and easy as possible for our clients. We work to guarantee the safety of your loved ones.

Alliance Bail Bonds is committed to upholding our reputation and ensuring that our customers are satisfied at the end of the court process. Integrity is important to us, and we value that our customers entrust us with the safety of their loved ones.

We want to make sure that all of our clients are satisfied at the end of this process. Even after your court case has been settled, Alliance Bail Bonds can assist our clients. Over the years we have made connections with mental health professionals, and arrange for our clients to meet with these professionals.

After a suspect has been arrested and processed, a bail will be set for their release. A suspect can be released from the Thomaston Police Department 40 minutes after bail has been posted. However, if it is a busy day or on the weekend it may take a couple of hours for a suspect to get released.

As is the case with posting bonds, the state of Connecticut will regulate and refer the down payment of a bond. The minimum deposit for bail will be at least 35% of the PREMIUM for the bail if you have a payment plan, for any bail bondsman. If you have any further questions, please feel free to reach out to us.

If a defendant is unable to qualify for a bond on their own, they may need a co-signer. A co-signer is someone who is close to the defendant, such as a relative or friend who agrees to pay back their bond if the defendant is unable to do so. If the suspect fails to appear at the Thomaston court on their appointed date, the co-signer will assume financial responsibility, even for unpaid premiums. Usually a bail bond company will require a co-signer to be employed.

After the arrest of a suspect, it is the Bail Commissioner’s responsibility over appointing their bond. It is also their responsibility to recommend the appropriate bail for motor vehicle or criminal cases.

In the event that one of our bail bond agents believes that there is a risk in providing the defendant with a loan, they may be required to provide some form of collateral in addition to a premium (evaluated on equity). Collateral could be a home, jewelry, car, fine art or jewelry, costly items that could be used to cover the cost of an unpaid bond. After the defendant’s appointed court date, the collateral will be returned to its owner. If the defendant fails to appear in court their collateral will be forfeited.